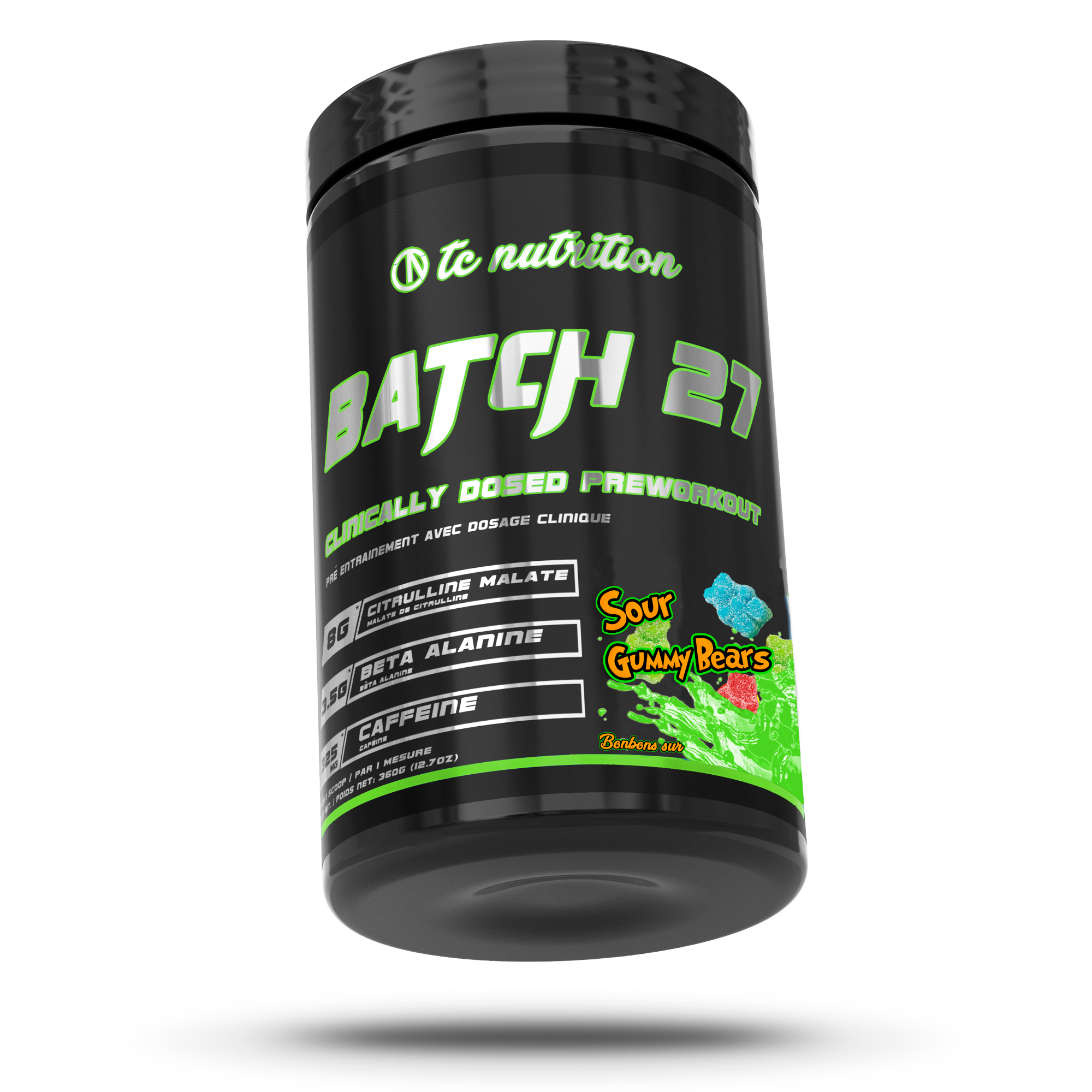 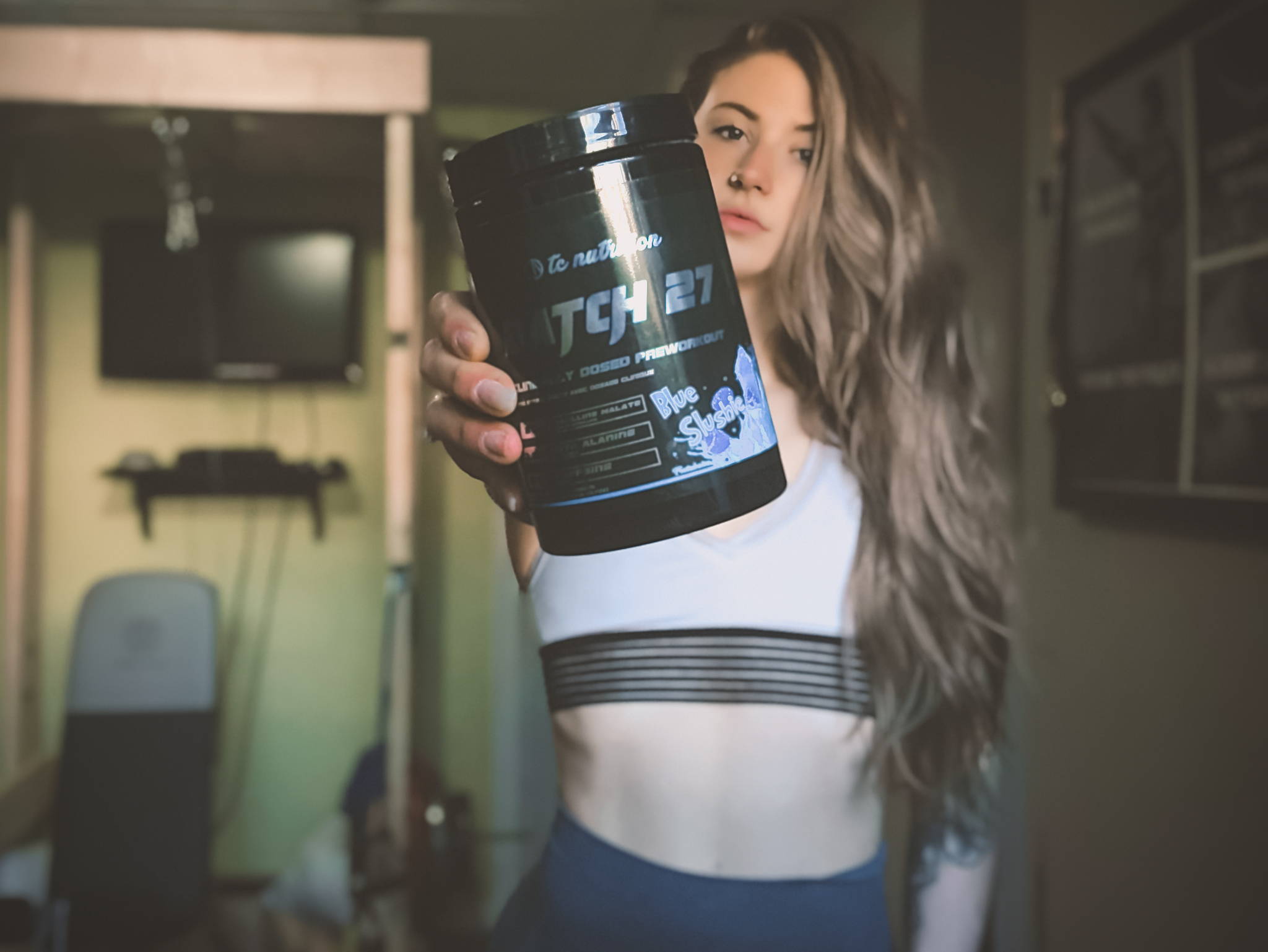 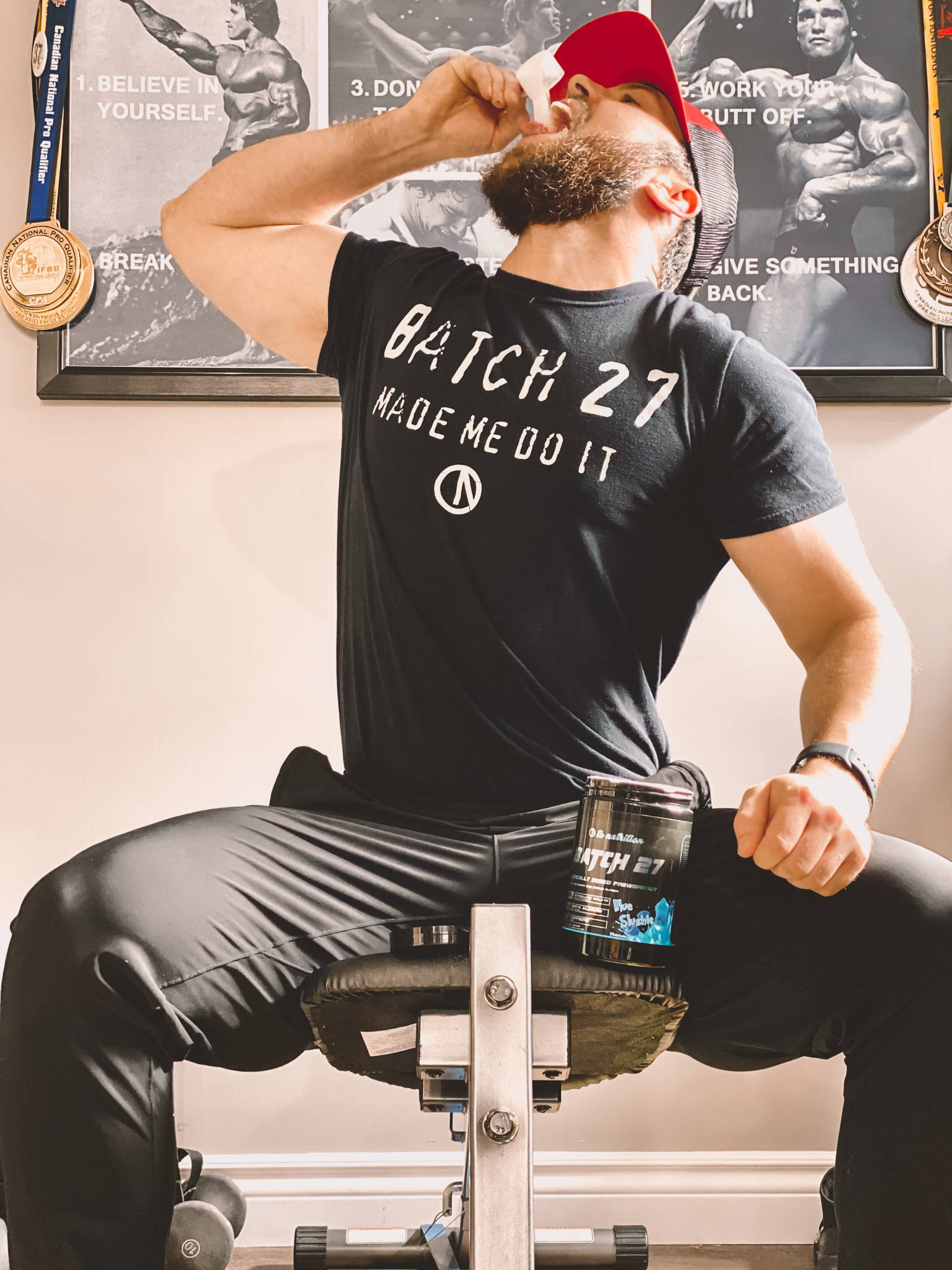 Nowadays, preworkout supplements are a staple in most gym goers workout regimen. Many people swear by them, and some say they can’t go to the gym without them. And well, why wouldnt you? Everyone could use more energy throughout their workout.However, did you know that not all preworkouts are created equal? Many preworkouts these days are just loaded with stimulants, causing you to get a crazy rush of energy, and not much else. Even if it seems like you feel more with the tingling sensation and the rush of heat, it doesn’t mean your preworkout is doing much for you.Preworkouts with high stimulants are cheap to make, and it’s easy to get fooled into thinking your preworkout is getting the job done because you feel an immediate jolt of energy, similar to the one you get when drinking a coffee. Other companies know this and use it to their advantage.

What Does It Do?

We did things a little different. We sourced the most scientifically researched ingredients and put them into our product. A good preworkout should give you:Extra energyEnhanced muscle pumpsLong lasting enduranceExtra strength outputLaser sharp focusAnd most importantly, put you in an anabolic state, increasing muscle protein synthesis, allowing you to put on more muscle.Which is exactly what we did.

We’ll break down a few of the key ingredients below.

Citrulline Malate (CM), also known as the fatigue fighter, or what we like to call, the seventh wonder of the preworkout world, is loaded in our product. CM has gained a lot of attention and popularity in recent years, and it’s very well deserved.Time and time again, numerous studies have shown that consuming Citrulline Malate increases the amount of arginine in the blood, leading to increased Nitric Oxide (NO) production. As you may know, the more NO means increased blood flow to muscles during exercise, which allows them to last longer under stress—and produce bigger muscle pumps to weightlifters. Simply put, Citrulline Malate produces massive muscle pumps and helps you last much longer in the gym, Many people note that they notice a significant difference when taking CM before a workout.Citrulline Malate also helps prevent muscle soreness, and it helps you recover much quicker.What’s more, taking CM before a workout will increase blood flow to the muscle group, which is ideal for post workout nutrient consumption. This allows the nutrients you take after a workout to target the muscle group faster, feeding and helping them recover much quicker!All of these benefits are especially noticeable when taking at least 8 grams, which Batch 27 has! Anything less than 6g not considered a full dose. CM is quite an expensive ingredient to add, and most other companies know this. So be on the lookout for any product that doesnt have at least 6-8 grams, as this is considered underdosed.

Next is Beta Alanine. Many people know Beta alanine as the ingredient that causes a “tingling sensation” throughout your body when ingesting it. You may feel a small tingling sensation in the body because the nerves under the skin are being stimulated. Don’t worry if you are feeling this way. It’s actually a good sign and means that the supplement is doing its job.When Beta Alanine is ingested by the body, it gets converted into carnosine, which will then serve the purpose of increasing your stamina, strength as well as muscle development. This will then enable you to train harder while you’re in the gym, resulting in increased muscle gains as a direct result.Furthermore, for those who are perform more intense workouts, beta alanine can be quite beneficial. It helps by decreasing the amount of rest needed between sets. This will also serve to help you recover more quickly between sets, therefore allowing you to increase the overall calorie burn and intensity during your workout.

Creatine is arguably to most well researched and proven supplement in the bodybuilding and fitness industry. It was first discovered hundreds of years ago and is known as one of the world’s leading supplements. There are hundreds of scientific studies demonstrating its benefit in sports performance, bodybuilding, and even fat loss.A few of the many benefits of creatine are:Increased strength and powerIncreased muscle massIncreased fat lossImproved recoveryAnd Improved sports performanceThere are a few different types of creatine, and the one we used in our preworkout is Creatine Hydrochloride. There are a number of reasons we used this specific form of creatine as opposed to the common monohydrate form.Research shows that when participants consume the same amounts of creatine HCL and creatine monohydrate, the creatine HCL is absorbed by the body around 60% better than creatine monohydrate. This means that you can take a much smaller dose of creatine HCL to get similar results as creatine monohydrate. With greater solubility in fluid, greater absorption by the intestines and with a much smaller dose, you significantly reduce the chance of stomach issues, which is the last thing anyone wants right before a workout.On top of that, by adding the hydrochloride group to the creatine molecule, this causes a decrease in pH levels, making it more acidic. This means that you retain much less water, and don’t get that “bloated” feeling many people get from consuming monohydrate.In summary, you can consume a smaller amount of Creatine HCl and still receive the same benefits as the monohydrate form, while drastically reducing the amount of water retained.

Agmatine Sulfate possesses a host of benefits. Most are key for the effect that Batch 27 has. A few of the benefits include:Increased nitric oxide prodctionIncreased athletic performanceIncreased muscle massImproved cognitive functionImproved overall healthAgmatine can function as a potent neurotransmitter, which in turn can help promote the production and secretion of key hormones within the human body responsible for growth. What’s more, it can also assist with protein synthesis, in which the body synthesises new muscle proteins, and it assists with the production and secretion of Nitric Oxide, which helps boost circulation and enhance athletic performance.Additionally, it can also help assist with the removal of waste nitrogen products from the body, and it can help regulate blood glucose levels. The primary way in which agmatine sulfate is able to function is due to the fact that it is able to easily cross the blood-brain barrier, where it then enters the central nervous system. From here, it binds onto NMDA glutamate receptors. It is a primary neurotransmitter required for memory function, cognitive function, and synaptic plasticity. Therefore, it provides countless benefits, both cognitive, and physical as well.

We all know and love this beautiful ingredient, and we dosed it to perfection in Batch 27. There are strong benefits to adding caffeine to your pre-workout routine no matter the level of skill or sport. Caffeine supplements will likely help you reach your goals faster.The most notable benefits are, of coursea dramatic increase in energy, alertness, and mental clarityEnhanced fat lossA boost in metabolismAnd increased muscular strength and powerWell researched, scientifically backed, and proven ingredients. All packed into one powerful, incredible tasting preworkout supplement.

Black pepper extract contains a powerful bioactive compound known as piperine. On its own, this molecule works well. However, when combined with other ingredients, it can act as a powerful ingredient, which plays a vital role in Batch 27’s potency.The reason Black Pepper Extract is used is not primarily for its health benefits, but rather, because it can act as a catalysts for other supplements and nutrients, as it can exhibit enzymes in the body that can inhibit the effectiveness of certain supplements and medications. Black pepper extract makes pretty much any compound it is consumed with, a great deal more bio-available, which basically means that it allows your body to absorb more of it!

Allows You To Increase Muscle Mass 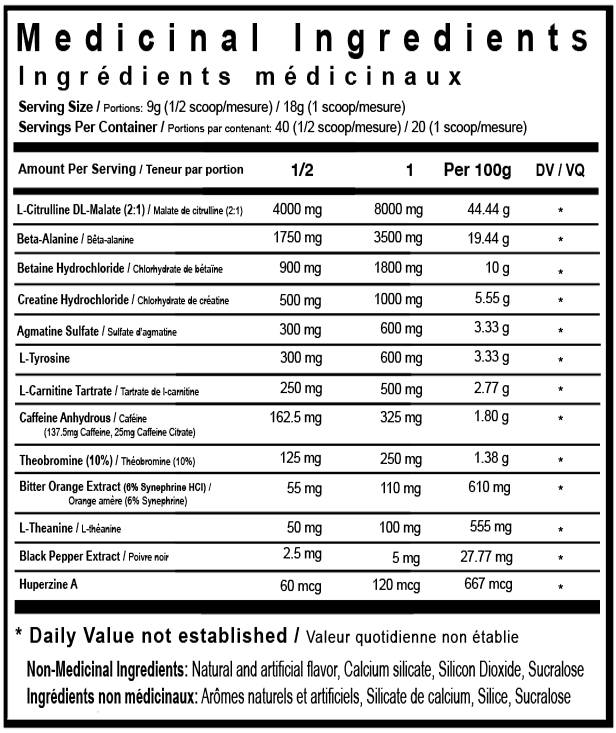 15-30 minutes before exercise. Do not take on an empty stomach. Consume food prior taking this product.

Over-consumption and high doses of preworkouts can cause some side effects, such as:

Tingling/numbness in the face, lips, or extremities

Ensure to drink enough fluid before, during, and after exercise. If you are pregnant or breastfeeding, consult a healthcare practitioner before using this product.

Please note that an immediate effect from this preworkout is a temporary tingling/itching sensation. This is completely normal and safe and is an effect from the ingredient, “Beta Alanine”. There is nothing to be alarmed or concerned about. The effect is harmless and will subside shortly.

Batch 27 fits in with almost any diet.

Q: Does Batch 27 Have Any Calories?

Q: Is This Product For Men or Women?

Batch 27 is made to be used by both men and women.